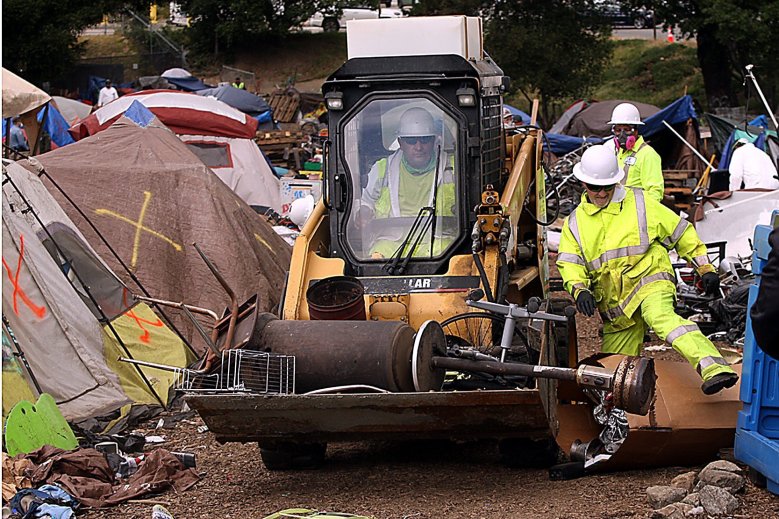 By Jessica A. York

The camp spending tally, originally distributed as a memo to the Santa Cruz City Council on Aug. 12, was included in the agenda packet for Tuesday’s meeting and comes ahead of city leaders’ review of its policies related to community access to public parks and bathrooms. Parks and Recreation officials are recommending the council permit continued limited access rules for Louden Nelson Community Center’s public bathrooms while improving transparency about planned public facility closures and creating clear conditions under which facilities may be closed.

After months of complaints, vandalism and drug-use concerns, access to the community center bathrooms was reduced in spring 2018, limited to the center’s program users. A major impact of the change was to people without housing or shelter. Community center personnel, however, report that “vandalism and unlawful activity have completely ceased” since the access change and that those barred from using the bathrooms are provided with a resource sheet of alternative facility locations.

A closer examination of city spending at the homeless camp showed the city provided portable sanitary facilities, fencing, private neighborhood security patrols, rodent extermination and its mostly costly expenditure, at more than $77,000 for regular refuse collection. Under the post-camp closure tab, the city spent nearly $24,000 obtaining temporary motel vouchers for those displaced and another nearly $77,000 was spent on floodlights, floodlight fuel and security to guard to fenced-in land after its evacuation.

While observers frequently disagreed on its size and duration, the camp, dubbed alternately Gateway/Ross Encampment drew hundreds of people to the open city- and state-owned space between a commercial plaza and Highway 1 from about November through the beginning of May. The site was vacated May 3 after the city was successful in obtaining backing from a Santa Cruz County Superior Court judge and overcoming initial legal challenges by a group of primarily homeless camp occupants.

In examining alternatives to Louden Nelson Community Center’s continued bathroom limits, Parks and Recreation Director Tony Elliot’s report to council estimates it would cost the city more than $152,000 a year to hire staffing to monitor the restrooms. Renting portable toilets would annually cost $1,872 per unit, with an additional $76,000 to cover the salary and benefits of a single attendant to monitor the facilities.

The policy discussion related to Parks and Recreation public facilities’ access is set as the only agenda item on the evening session of Tuesday’s council meeting.