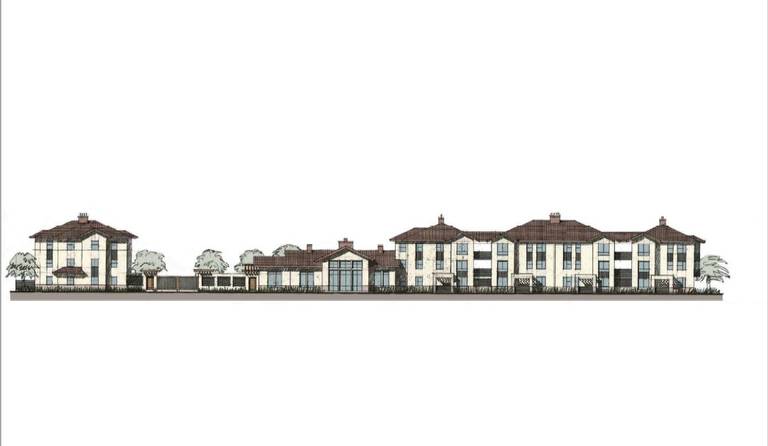 The state awarded Merced a $13.9 million grant on Friday for a project that fits into plans for housing homeless people on the south end of town.

The 119-unit affordable housing project, which includes 30 for the most vulnerable homeless, is planned for a site on about 5 acres of land at Childs Avenue and B Street. The grant comes from the California Strategic Growth Council, according to a news release.

Permanent supportive care is provided for the 30 units reserved for homeless people, while the rest of the units are for families that make 60 percent of the median annual income in Merced County, or about $27,802, according to US Census numbers.

Mayor Mike Murphy said the plans also provide more than two miles of new bikeways and street improvements like curbs and gutters, which could help with a flooding problem the area.

“The announcement is great news for the community and will help provide affordable housing and housing options for individuals experiencing homelessness,” Murphy said in the release. “This fits in perfectly with the proposed Regional Homeless Plan by providing permanent supportive housing, which is key to providing solutions to helping get people off of the streets.”

The number of homeless in Merced is 295, an annual tally showed this year. Leaders have repeatedly called homelessness the city’s biggest problem.

Homeless experts and state leaders have begun to pivot toward a housing-first method, when a homeless person is housed before getting mental health or drug addiction services. That’s the opposite order of more traditional methods.

The news of the grant comes at a time when county and city leaders are rolling out preliminary plans in the so-called Regional Homeless Plan, a mix of large shelters and smaller refurbished homes that could tally more than 300 beds for the unsheltered throughout Merced County.

The new Merced project will cost a total of $41.9 million, with the additional funds coming from tax credits, grants and loans, according to the news release.

On top of the housing, the project is set to include road upgrades, street lights, crosswalks, special needs ramps and a mile of sidewalk. It will also replace a water main and add a park, noted Councilmember Anthony Martinez, who represents District 1.

“We all know that the scarcity of affordable housing and homelessness are major issues throughout the state of California,” he said in the release.

Homelessness remains a problem statewide. The last state budget includes $500 million in grant funding to address homelessness, according to a Sacramento Bee analysis. Part of that money is intended for shelters, which Gov. Gavin Newsom said should be exempted from some environmental review because of the severity of the state’s homelessness crisis.

Merced has a notoriously low vacancy rate hovering around 1 percent.

The B Street apartment complex will be five three-story buildings. A number of common areas in the project include computer and fitness rooms. A nearly 5,000 square-foot community center offers space for gatherings, classes or other uses.

“The Childs and B Street project is more than just housing,” Development Services Director Scott McBride said in the release. “It’s a model for development that brings transportation to residential areas and for partnerships working to address community needs.”