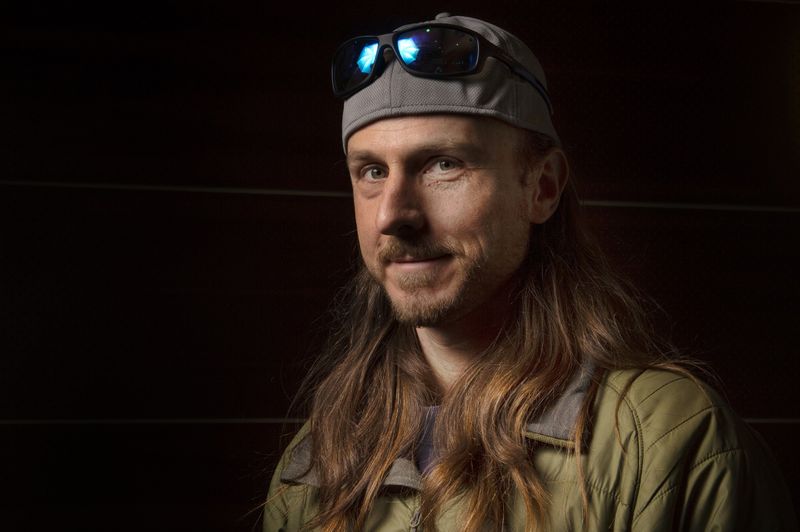 If they had always had somewhere to call home, the four people facing the audience at Hartford Public Library on Tuesday would have had little in common.

They came from working-class families, poverty and privilege; from leafy suburbs and challenged cities. But at different times and by different forces, they’d each experienced homelessness in the Hartford area, and through those precarious journeys found a new voice as advocates for stable housing.

The four members of Connecticut’s Faces of Homelessness Speakers’ Bureau, a 6-year-old organization, shared their stories with nearly 70 listeners this week to expose some of the causes of homelessness, and to promote understanding and support for those who fall into that most vulnerable position.

Here are their stories in their own words, edited for clarity and length:

What is wrong with me?

Andrea Mesquita and her three children, ages 9, 11 and 13, became homeless last year after she lost her job and went through a divorce.

“It’s taken me a while to get here, and by here, I mean in front of a group of people.

I was making calls to 211 to find somewhere to stay for the night, because I did not know. As my children and I sat there at the bus station, I prayed to God and said, ‘I’ve made mistakes and I’m in this because of me. But God, my children made no mistakes. Please help us.’

Until I got the call there was space available at the Salvation Army Family Shelter, I did not know where we would spend the night, and my life flashed before me, and I wondered where my life went wrong. I’m college educated. I’ve worked since I was a teenager.

At one of the shelters, someone said to me, ‘The food in prison is better.’ Well, I’ve never been to prison but that’s quite a thing to live up to.

My dad used to say, being poor is a crime, and that was very cynical. Why would poverty be a crime? And it’s something I now know because, at times, being homeless means being stripped of your humanity. But you get up and go to work, and when there is no work, you get up and put on your red lipstick, as one coworker told me, and you give your best.

At night is when it’s worst because you cannot get away from it and the shame kicks in. It is hard to sleep because I look at my children and I see the trauma they’ve suffered.

Why can’t I get another job? What is wrong with me?”

Andrea Mesquita held a temporary job from June through August, as literacy coordinator for Hartford Public Library. She worked over the course of her career as an office manager, a waitress, a home aide to the elderly, a court and parent advocate and a family specialist for Catholic Charities. She’s currently looking for a job.

The loneliness of addiction

Jacob Dudzik, 37, of West Hartford, has twice experienced homelessness as a result of anxiety and addiction, first in his late teens when he dropped out of college and left his parents’ home in Southington and again when he relapsed in his mid-30s.

But my second semester at UConn, all of a sudden I couldn’t get out of bed in the morning, I’m sleeping all day, I can’t get to my classes. That’s when my mental health issues really took me out at the knees.

I moved back home, and my parents told me I could either get a job or move out, and I couldn’t get a job so I moved out. I took my tent into the woods — I was a Boy Scout, so I did that for a while — and then I started living out of an abandoned house in Bristol that was filled with gang activity.

It was very jarring for me to go from that upbringing to this reality that I never knew existed.

If you had told me when I was a kid in middle school or high school that someday I would be living under a bridge in Hartford with a needle in my arm every day, I would have laughed at you and said that was impossible. ‘Not me. I’ll never end up like that.’ And I did.

One day I hope to work with people one-on-one as a therapist, people like myself and help them come out of the street, out of this thing we call homelessness, out of the suffering of anxiety, depression, being suicidal, the loneliness of addiction.”

Jacob Dudzik is now in recovery and in stable housing. He plans to study human services at Goodwin College, where he received a full scholarship.

No money coming in

Joe Krystolfalski, 58, of Bristol spent six weeks living in a motel after a workplace injury left him without income.

“I grew up in Meriden, started busing tables at 7 in my uncle’s restaurant, had a paper route. I had aspirations of being a history teacher among other things, but I’m a restless spirit so it was kind of hard to stay in school all the time. When I was 45, I got the job that I thought I’d retire from: running a warehouse in East Hartford, with a $50,000-a-year salary and a company car.

One day, my right leg planted one way and my body went the other way, and I twisted and tore everything you could possibly do to your knee. Ripped all the tendons, tore my meniscus through, I had nerve damage.

Physical therapy didn’t work out that well and the surgeons couldn’t come to a decision, so for my 50th birthday in 2010, I was handed a letter that they terminated my position. I was one week away from being fully eligible for severance.

Eventually my landlady started the eviction process. In May of 2011, I had to go to the Superior Court in Bristol. It wasn’t a mean eviction.

I sold my car, packed all my belongings in a storage unit on the Berlin Turnpike, and went to a motel in Newington. What a transformation going from a place you call home to a motel. I couldn’t go to my children to tell them, ‘No. 1, I have no money, and No. 2, I have nothing on the horizon.’ I didn’t want to be a failure in their eyes or be a burden.

One night I decided to get down on my knees and just pray. My grandmother said, ‘Don’t ask God for things, ask for a resolution,’ so that’s what I did. I said, ‘Show me the way. Please, God, show me the resolution.’

Joe Krystolfalski got back on his feet after he called U.S. Sen. Richard Blumenthal, whose office quickly helped him secure unemployment and workers’ compensation benefits, a case manager and rapid re-housing. He lives today with his daughter, son-in-law and two grandchildren.

Shanta Wiley, a single mother of boys ages 13 and 19, became homeless after her relationship ended and her family, who she had moved back in with, fell on hard times. She was intermittently homeless and cycling through substandard apartments between 2003 and 2012.

“In 2011, I was serving with AmeriCorps, but it was very hard for me to focus on projects to serve my community when I needed a roof over my head for me and my kids.

This place on Zion and Ward streets, there were piles of trash in the backyard, drugs in my ceiling. There’s drug dealing in the hallways. When we walked in the buildings, the guys would open the door for me because they’re peeking out, you know, they have it all covered up and everything. They’d be cooking up I don’t know what, PCP or something. I just know my sons and I were getting sick, getting high off whatever it was.

My epiphany was when I was sitting there on my laptop trying to finish a freaking 20-page research paper and trying to do it in proper AP format, and these people were blasting music, doing drugs, getting high. And I just broke down in tears.

In July 2013, I got a job with the Hispanic Health Council, but I needed a car to keep the job. With that sacrifice came losing my apartment, because there was no way to put the down payment on the car and cover the rent. I ended up evicted.

All I needed was that little leg up to get that self-sufficiency. Luckily, the Hispanic Health Council helped me with a security deposit for a new apartment and the landlord didn’t look at my eviction record.

I’ve been there five years — stable, happy, content. But it’s very hard to want to furnish when you’re in pick-up-and-go mentality. It took me a year to get a dining table. To this day, if you walk in my place, you won’t find big, bulky furniture. It’s all easy to pick up and throw in the dumpster and go.

So it’s something to think about — you may see somebody well-dressed, sitting at the reception desk helping you, working in city hall, working in the outreach program that you’re getting services from. That person may be going through the same thing.”

Wiley earned her bachelor’s degree in business administration while working for the Hispanic Health Council. She also earned a credential in family development through the UConn School of Social Work.