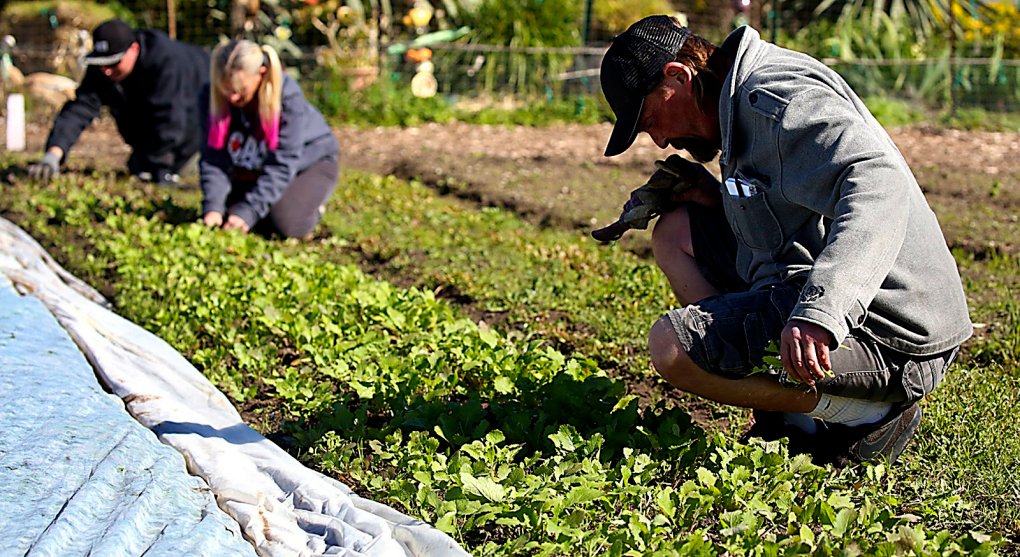 By Jessica A. York

A little more than a year after Chappell first investigated the organic nonprofit program, she is working more than 50 hours a week in two jobs, Chappell recently told the Santa Cruz County Board of Supervisors.

“My background report was such that it prevented me from getting a job with any employers or keeping a job once the report came back from the state,” Chappell said during a county meeting last month, in which organization officials updated the county on efforts to fundraise for a new permanent home.

“My self-esteem that had been shattered by my homeless experience was restored, my confidence built with each passing season,” added Chappell, who has lived in her car on and off since 2012. “My trust in the new relationships that I built brought me back from the edge of despair to being a part of a vibrant and dynamic family called the Homeless Garden Project.”

“There are a lot of causes of homelessness, but joblessness, which the Project works to address, is the No. 1 cause,” Calfo said. “Providing someone with a job, housing assistance, substance abuse counseling and mental health services can and does prevent homelessness.”

This summer, Homeless Garden Project officials announced the public fundraising portion of a capital campaign to raise $3.5 million toward relocating to 9 acres of city-owned property in the Pogonip. Since then, the fundraising effort has progressed to 91% of its goal, with about $3.2 million raised, organization officials said.

Chappell said that though she graduated from the program this year, she has not yet been able to find housing. However, she is working with a Front Street Housing navigator “because now I can afford to consistently pay rent.”

“How we do our work with the homeless population is something in which our constituents ask us about on a regular basis,” said County Supervisor John Leopold to Chappell and organization representatives. “And to see the success of the Homeless Garden Project and what it’s done and how it’s helped people individually — your story was incredibly powerful — and to hear that you have 100% who are in treatment or housing, those are incredible statistics.”

The Homeless Garden Project itself suffered a setback in January to its relocation plans, when a city investigation uncovered the fact that recreational skeet shooting historically had taken place the Pogonip park grounds’ east meadow. However, the city Parks and Recreation Department recently announced that the city had been awarded a California Department of Toxic Substances Control grant paying for professional assistance in the assessment of the site’s potential contamination. Parks and Recreation is aiming to choose an environmental consultant by October.

In the meantime, the Homeless Garden Project has continued its work at the long-time home on a leased 3.5-acre Natural Bridges property, providing nearly 7,000 pounds a year of fresh produce to area nonprofit agencies, training for as many as 17 people at time for as long as a year and trainee connections to housing, legal and health services. The new Pogonip farm site eventually will allow the program to host 50 trainees simultaneously. Some 2,500 community volunteers joined homeless trainees in 2018 alone, a fact Chappell said was a personally meaningful experience. Prior to joining the training program, Chappell said she had felt disconnected from the community and the experience caused her to feel “overwhelmed with relief and gratitude and renewed hope.”

“I worked alongside many people that I would’t have otherwise and they got to know and appreciate me as a person, truly an invaluable gift after having experienced so much rejection and prejudice from ignorant or abusive people,” Chappell said.