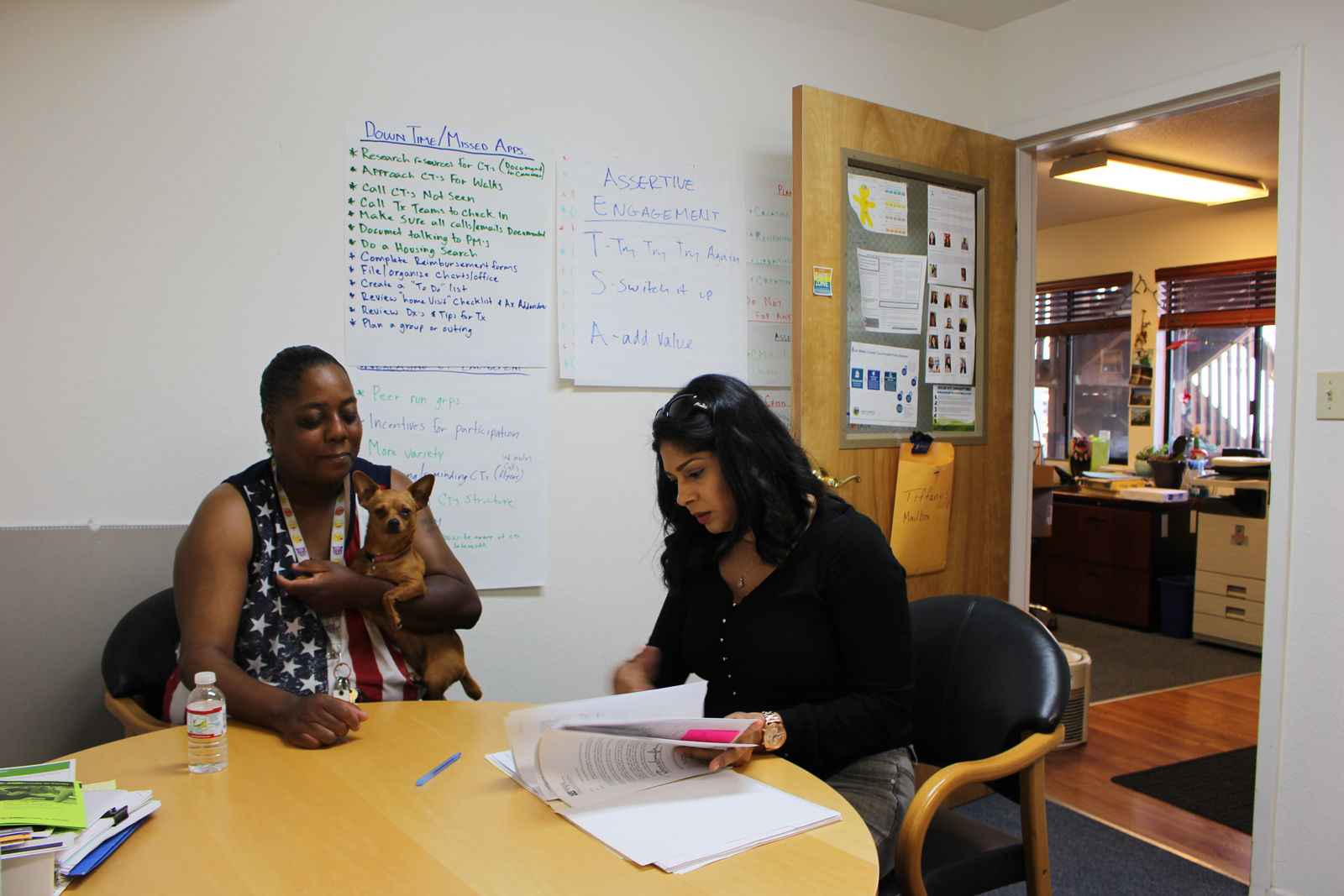 With a strong memory for dates and numbers, East Palo Alto resident Theresa Richard knew upon hearing the date she would move into the first apartment she can call her own home would be three days after her daughter’s birthday.

“I can actually cook her birthday dinner,” she said. “What a great Memorial holiday.”

Having lived in her Chevrolet Tahoe for the last three years, Richard has developed a set of strategies for spending the night in her car. Depending on whether she finds an open parking lot in East Palo Alto or San Francisco, Richard keeps close tabs on when the nearest restaurants close so she can use the restroom one last time before they reopen in the morning. She said she keeps a crowbar and a wooden baseball bat under the seat of her car and sleeps roughly five hours a night with one eye open to ensure she and her 22-year-old daughter are safe.

Though she has yet to see the furnished studio apartment she will move into next week in the unincorporated North Fair Oaks neighborhood, Richard, 43, is thinking about how the challenges she’s faced in managing diabetes, asthma and regular check-ins following brain surgery she had in 2011 will be different when she’s in her new home.

“Now I could be comfortable, I’ll get more sleep, I could go in when I get ready, I could open up the front door — wow, I could cook,” she said. “I could smile more. I don’t have to worry about being in pain.”

One of 15 apartments available to individuals with serious mental illnesses, the studio Richard will move into at Waverly Place — a supportive housing project at the intersection of Fifth and Waverly avenues — will not only provide her with housing but it will also give her access to on-site occupational therapists and nurses who can help her stay on track with the therapy, medication and nutrition regimens she’s leveraged to ensure her life is on the rise.

Richard said her life took a turn for the worse after her mother died of cancer in the fall of 2014. Though Richard had moved in with her parents in Hayward to care for her mother, she moved back to her hometown of East Palo Alto after her mother’s death and worked as a bakery sales cashier clerk at Safeway. But she soon found herself living out of her car and having trouble controlling feelings of anger that could crop up at a moment’s notice, whether it was because another driver cut her off on the road or hearing someone say the word “Mom.”

Richard said she took to drinking alcohol almost every day of the week and said she felt like she was going to lose her mind. Even though she had long believed mental health resources weren’t designed for people like her, Richard finally decided to explore them when her own situation felt unsustainable.

“Then I start saying, ‘You know what? … I can’t continue to go on like this,’” she said. “If you’re grieving, you can’t grieve like that for the rest of your life.”

In connecting with groups like Life Moves and East Palo Alto Mental Health, Richard said she was able to see a therapist, psychiatrist and case manager with the Mental Health Association of San Mateo County to help her find housing. Combined with medication to help her manage stress and depression, she said she has been able to work part time at the Stanford University dining halls and stay sober for more than a year.

Isabel Pimentel, a case manager with the Mental Health Association, said a commitment to managing what can be severe mental illnesses was among the most important criteria officials considered when selecting the 15 soon-to-be-residents of Waverly Place. She said more than 100 people throughout the county matched with the property initially, but an intensive, multi-step process verifying those considered for a spot have been homeless for more than a year, qualify for financial assistance with rent and pass criminal background and tenant history checks has disqualified many.

“You have to catch the neediest but also the ones that are ready to be helped and the ones that are going to be good members of the community as well,” she said. “It has been a great effort, it’s been some intense last couple months for us.”

Dedicated to reducing homelessness and enriching the quality of life for those affected by mental illness, the Mental Health Association purchased the property out of foreclosure in 2013 and broke ground on the project a little more than a year ago after years of assembling funds from federal, state, county and city agencies, as well as private funders and local foundations.

Pimentel said those who have been selected for Waverly Place apartments will not pay more than 30 percent of their incomes toward rent, and that the remainder will be subsidized. Though Richard acknowledged the move will come with many new experiences, she’s determined to keep her life on the upward trajectory it’s taken since she started focusing on her mental and physical health.

For full article, copy and paste the following link into your search bar: www.smdailyjournal.com/news/local/landing-a-home-of-her-own/article_fb309dd6-5d6d-11e8-8e93-371e1f71bde4.html