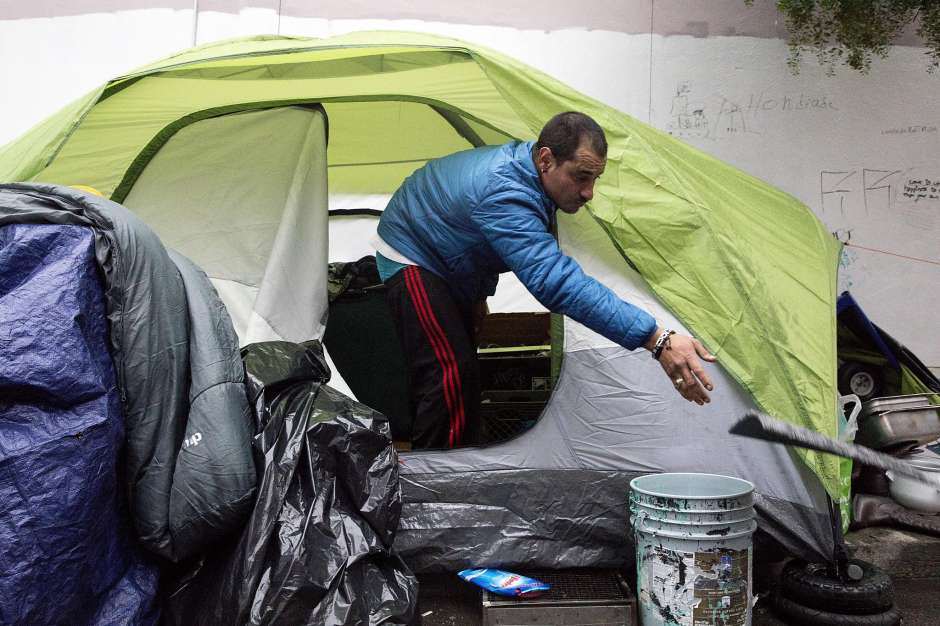 Tents dot the Tenderloin, homeless folks sit on Market Street and the outer neighborhoods have streets lined with RVs where people who don’t have a roof over their heads go to crash.

But here’s the startling fact: San Francisco has fewer homeless people now than in 2004, when the city launched a series of long, intensive and only partially successful efforts to put every street person under a roof. The trouble is that the streets don’t look like progress has been made.

Over the past 15 years, the city has housed 27,000 homeless people, many of them the chronically troubled type who had been on the streets more than a year. San Francisco has doubled what it spends directly on homelessness — to more than $300 million — launched innovations, including the counseling-intensive shelter system called Navigations Centers, and created the city’s first unified Department of Homelessness and Supportive Housing.

In that time, the overall homeless population, according to one-night counts done every two years, has fallen from 8,640 in 2004 to 8,011 in 2019. So although the count has been inching up over the past several years, it’s still not what it was — and the city’s overall population during that period has grown by more than 100,00 residents.

So why is homelessness so often named by residents as the city’s No.1 problem and regarded as worse than ever? Here are a few of the reasons:

Weariness: The decades-old problem lends itself to a perception that there is no end in sight, and the exploding opioid epidemic, which has thrust more addicts onto the streets shooting up in public, only adds to the sense of futility.

Tents: The proliferation of tents all over the city, in places where before there were mostly just blankets and tarp lean-tos, has been perhaps the biggest driver. The Occupy protest movement that flared in 2011 and died out in 2012 injected hundreds of tents onto the streets as demonstrators set up big camps that eventually became homeless settlements, and kindhearted residents followed by raising donations to buy even more. Plus, cheaper tents are more available now than was the case a decade ago.

The biggest homeless tent camps were all dismantled in late May 2018 under orders by then-Mayor Mark Farrell, and police enforcement coupled with street counseling since then under Mayor London Breed has keep them from re-forming on the same scale. But without enough housing to place all the campers inside, smaller settlements and homeless wanderers persist. The waiting list for beds in the city’s shelters routinely tops 1,000.

Gentrification: As the city’s tech-driven economy exploded, traditional homeless hangouts in places like central SoMa or around the Transbay Terminal were revitalized. Unable to blend in so easily, the homeless migrated elsewhere, causing fresh alarm to those unused to seeing so many street campers.

Panhandlers: As many as 50 percent of them, by some estimates, are formerly homeless people who now live inside but are so dysfunctional they revert to the one moneymaking technique they’ve always known. They look homeless, but they’re not.

For the full story, visit https://www.sfchronicle.com/bayarea/article/San-Francisco-s-homeless-population-is-more-14919590.php.