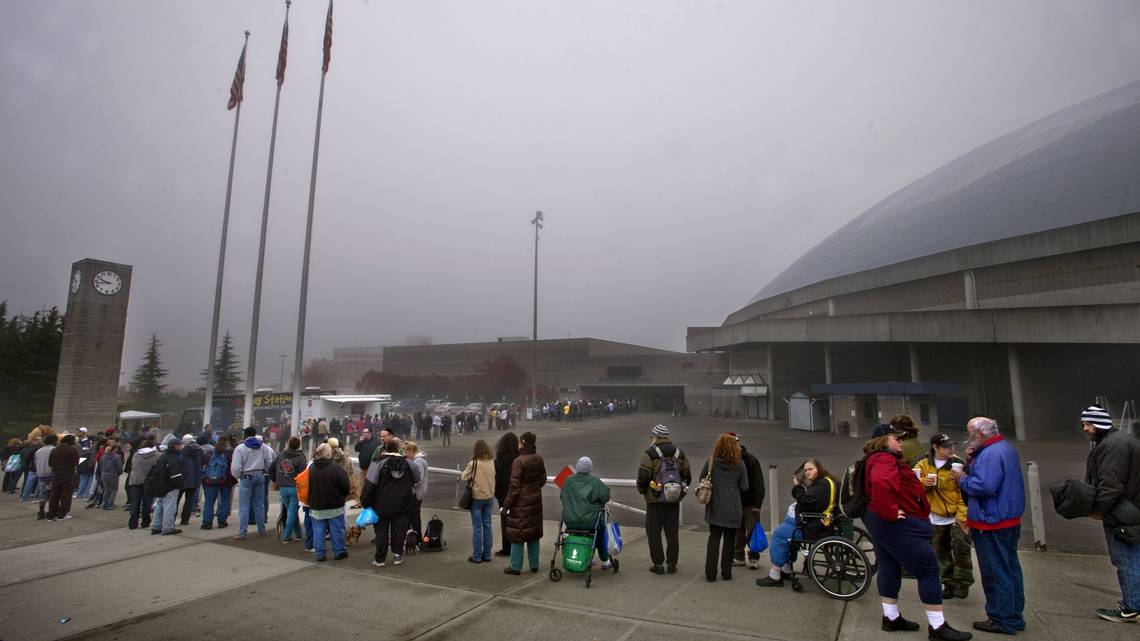 For the last several months, the Tacoma City Council has received an earful as it works to craft an affordable housing strategic plan.

This week, a new voice entered the fray — the collective voice of communities of faith.

That was long overdue, according to Michael Yoder, the executive director of Associated Ministries, which helped organize the effort.

“I think it’s a voice that hopefully will resonate deeply with people who understand the difference between right and wrong, and good and evil, and basic human decency,” he said.

Previously, the city’s faith communities — at least as a whole — have stayed largely silent on issues related to politics and public policy.

Yoder believes that’s been a mistake.

With their voices glaringly absent from important conversations at City Hall in recent years, faith leaders have missed opportunities to help local congregations coalesce around protecting the less fortunate and doing what’s right for all of Tacoma’s residents, he said.

“They’re under siege, in many traditions, for their own survival,” Yoder said. “Attendance is dwindling, expenses go up. People are thinking about, ‘How are we going to survive?’ In the midst of survival, it’s almost automatic and easy to be focus inward and forget the role of speaking up for justice and the vulnerable that is also an essential part to play in a community.

“That has always been a core tenant of almost all the great faiths.”

Greg Walker, a 52-year-old Assemblies of God pastor, agrees. Walker is one of the individual faith leaders involved in the new advocacy effort.

While he doesn’t want to appear overly critical, it’s also clear his intent is to spur action — not further the status quo.

“We have an incredible amount of resources available in the faith community. … So saying, ‘I’ll pray about it,’ that’s the beginning step, but that’s not the answer. We need to act,” Walker said. “The faith community needs to step up, and I believe that is a piece of what we’re going to be doing in our advocacy.”

According to Yoder, the group’s first foray into advocacy at a time when the city is wrestling with affordable housing policy is no coincidence. It represents the recent work and recommendations of 25 local faith leaders, who in March formed a group hoping to influence our community’s response to homelessness and poverty, he said.

Overall, 80 local faith community members — with 54 individual faith communities represented — have been meeting regularly since 2017 under the guidance of Associated Ministries.

Specifically, the group presented a total of four recommendations at the July 24 City Council study session, all of which it wants to see included in Tacoma’s affordable housing strategic plan.

▪ Developing housing for individuals earning up to 30 percent of area median income.

▪ Expanding the city’s use of mandatory inclusionary zoning.

To regular readers of this column, none of these ideas will be earth shattering. They’re all sensible, common sense ideas that I’ve advocated for in the past. With Tacoma’s affordable housing shortage at crisis levels, each recommendation is worth perusing and championing — especially with the City Council expected to vote on an affordable housing strategic plan this fall.

According to Yoder and Walker, the recommendations represent a first step in a larger calling for the group.

Yoder cites a “moral obligation” to step up and advocate for policies that “protect our most vulnerable” and influence policies related to homelessness and poverty. He hopes to both apply pressure to city officials and rally community members and area congregations in support of these efforts.

“What it really is, to me, is just an initial effort of showing what could and should be done to start speaking with a moral authority in local politics,” Yoder said. “I think a little bit of that moral authority has been abdicated by some of the local faith communities. They’ve almost given up on the idea their voice is relevant, and that there is still place for them to speak.

“What I’m excited about is where we can go.”

To read the full story, copy and paste the following link into your search bar: https://www.thenewstribune.com/news/local/news-columns-blogs/matt-driscoll/article215467750.html