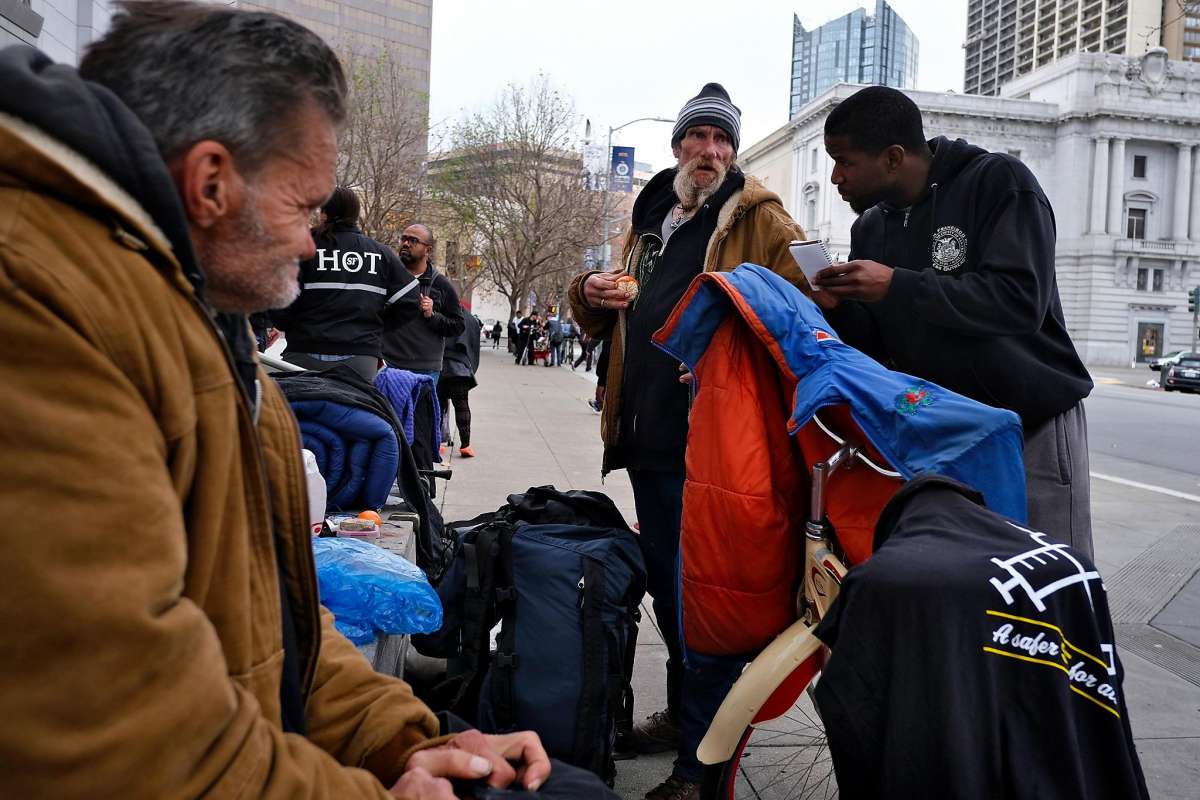 Investing billions of dollars in affordable housing and homeless programs in recent years has apparently put the brakes on what had been a surge in California’s homeless population, causing it to dip by 1 percent this year, a federal report released Monday showed.

The decline was in sharp contrast to the 2017 statewide count, when California’s homeless population rose 14 percent as part of an increase along the West Coast, the federal Department of Housing and Urban Development reported in its annual national homeless assessment.

Throughout the United States, the total tally of homelessness remained virtually unchanged at 552,830, a decrease of 0.3 percent from 2017. The figures were based on one-night counts taken in 2018 and 2017, with some cities like San Francisco providing partly updated totals because they do full street counts every two years.

HUD Secretary Ben Carson said the dip could be at least partly attributed to communities and states addressing the housing and street crises on a local level. And indeed, there has been a flurry of actions in California, in particular over the past two years as voters approved bonds of about $1 billion in 2016 in Los Angeles and San Jose for affordable or homeless housing, and San Francisco added tens of millions of dollars for its homeless programs.

“Our states and communities are working hard on the problem, even as they struggle against the headwinds of rising rents,” Carson said Monday as he released the annual report.

Affordable housing is a problem throughout the nation, he said, and “in the places where we are experiencing the most success, we have federal, state and local governments cooperating.”

The momentum to attack the housing crunch locally seems to be holding, with voters passing two statewide bond measures on the Nov. 6 ballot that raised a record-breaking $6 billion for housing for struggling families, veterans and severely mentally ill people.

San Francisco’s numbers in the report stayed virtually unchanged from 2017 to 2018, but the city’s last complete one-night count was taken in 2017. However, the city did supply a 2018 count of sheltered homeless people — those not sleeping outside — and that figure stayed nearly identical at 2,504 for 2018 versus 2,505 for 2017.

San Francisco’s overall homeless population, based on a one-night count done in 2017, is listed at 7,499. The next full count will be taken in January.

Jeff Kositsky, head of the city’s Department of Homelessness and Supportive Housing, said the new HUD numbers are fuzzy for his community because they are incomplete, but he anticipates that the street count will truly drop when the biennial tally is done next month.

“I think San Francisco has shown that when targeted investments are made, we see reductions in homelessness here,” Kositsky said. He pointed out that family, youth and chronic veterans homelessness dropped in the city’s last full count — although the number of chronically homeless people went up.

Officials in Alameda County were similarly cautious about the news that their area’s homeless count dropped 2 percent from 2017, to 5,496, in the HUD report — a big difference from the 36 percent increase reported last year. Like San Francisco, Alameda does its one-night count every two years, and will do the next one in January. Most officials don’t expect a dip in the numbers.

“Numbers are numbers, but sometimes they don’t tell the whole story yet,” said Elaine de Coligny, head of the county’s leading nonprofit on homelessness, EveryOne Home. “One thing we are seeing that is encouraging, though, is that it might be that fewer people are becoming homeless for the first time. We’ll see.”

Along the West Coast, there were some significant decreases over last year, when the coastline led the nation in a swelling of homeless ranks.

Los Angeles’ count in the new HUD report showed that the street population dipped 5 percent to 49,955, as opposed to the whopping 26 percent increase it logged in 2017. However, HUD officials noted that the 26 percent figure was actually a bit off because of an accounting error last year, so the difference is not quite so stark. Oregon’s homeless count went up 4 percent compared with a 6 percent rise in 2017.

To read the whole article, copy and paste the following link into your browser: https://www.sfchronicle.com/bayarea/article/Trump-administration-Drop-in-homelessness-shows-13472401.php